In his address to the convocation ceremony of basic-level training of APF Inspector organised by the APF Training Academy in Kathmandu today, the Prime Minister insisted that security of the nation and citizens would be guaranteed only if security bodies become capable and strong.

Terming peace and security the foundations of development and good governance, he highlighted the need for efficient and strengthened internal and external security arrangements to protect the existence of the nation and ensure citizen’s safety.

He took the moment to direct the APF to be disciplined, honest, professional, and creative while on duty. On the occasion, he applauded the APF for its contributions to the containment of cross-border crime and safeguarding nationality and nation’s existence as frontline workers.

As he said, Nepal’s security mechanism was capable of combating terrorism and the cross-border crime. He recalled the role of APF during the major earthquake, COVID-19 crisis and in the disaster management and post-disaster reconstruction efforts.

The Prime Minister argued that the incumbent government was committed to establishing the rule of law, protecting and promoting the people’s inalienable rights as per the spirit of the Constitution, building a corruption-free society and advancing towards holistic development of people from all castes, communities, classes and genders by keeping the co-existence and mutual bonding intact. Prime Minister Deuba pointed out the need for collective efforts from the three-tier governments, all levels of the state, organisations, civil society and general people to reach the government's determination.

He directed the security bodies to be deputed for the security of the country and its citizens dutifully, diligently and disciplined.

Expressing commitment to follow Prime Minister Deuba's instructions in letter and spirit, Inspector General of APF, Shailendra Khanal, expressed the hope that the government would provide assistances, resources and means to the armed police for their capacity building. He shared that armed police personnel have been working at risk of their lives despite security challenges.

On the occasion, graduated armed police personnel took oath of the office and secrecy from executive director of Academy, Khadga Bahadur Rai. A total of 58 APF Police Inspectors including four women police inspector were graduated after completing 15-month training.

Prizes were distributed to the winners of different activities organised during the training. The Armed Police Force had presented a guard of honour to PM Deuba through the graduation parade. 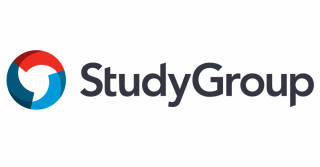 Agreement between Ncell and Rakuten Viber: Customers get special data package, what are the other benefits?